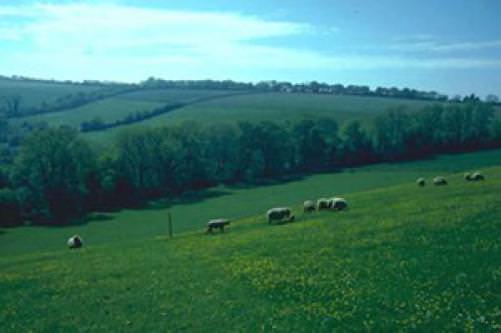 This farm has been in the family since 1916 and owner occupied since 1921. The terrain is hilly taking up two valleys, which join, in the southwest corner of the farm and this allows rainfall to flow some 500m into a creek of the Salcombe/ Kingsbridge Estuary. The house was rebuilt in 17th century on remains of 11th century mansion. There were two waterwheels, one of which connected to the threshing barn. There is a suckler herd of 45 cows; a sheep flock of 300 ewes. There is also a holiday let and occasional B&amp;B to help supplement income.